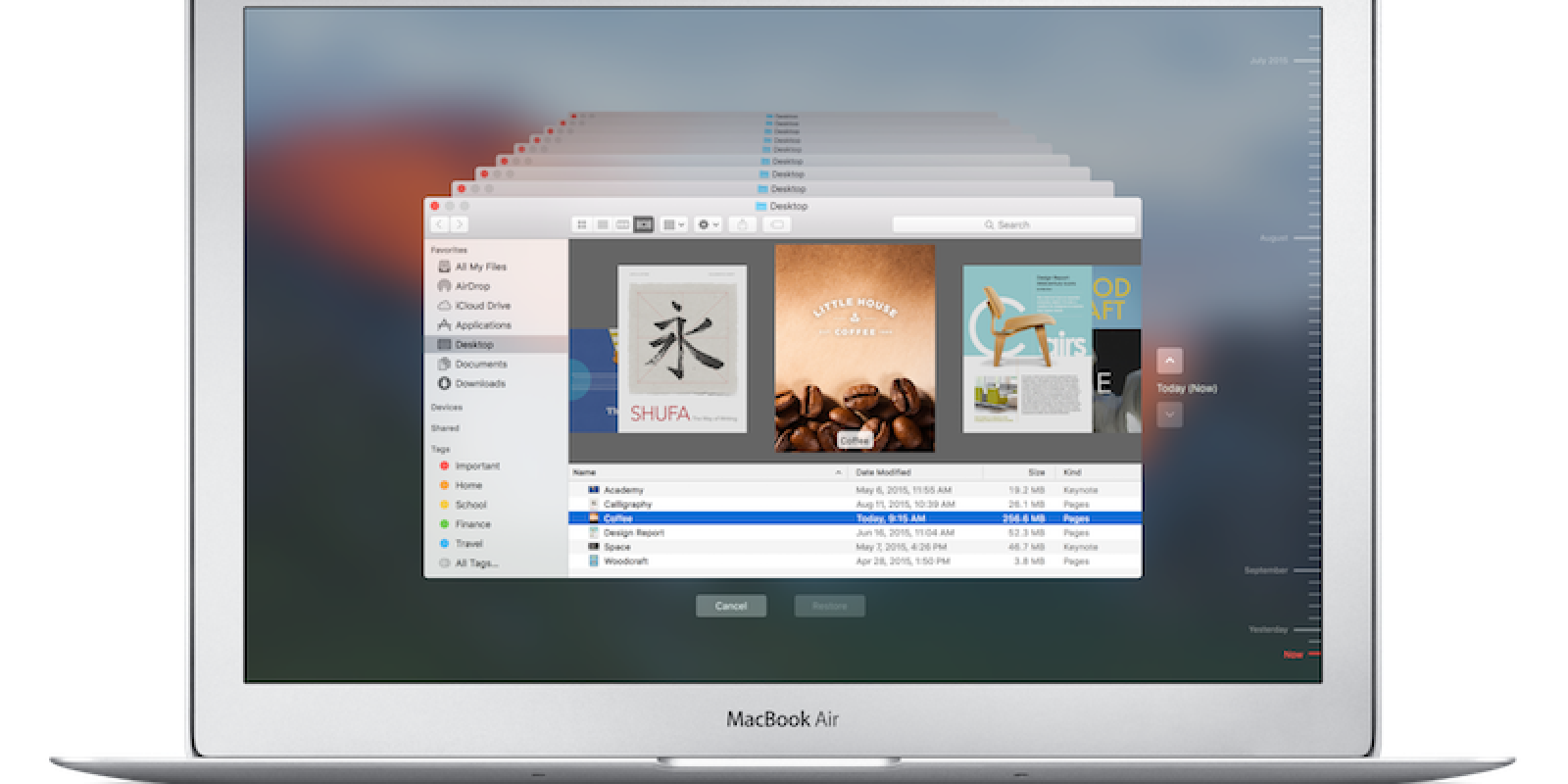 Apple is paying $25 million for infringing a patent in iOS and OS X interfaces
Mirror World Technologies, Inc., a data management software company, will receive the money from Apple for the settlement and fully paid up license for a “Document Stream Operating System.” The initial complaint stated that Apple was using similar embodiment of streams of information in a computer system, specifically in iTunes Cover Flow and OS X search features, including Spotlight and Time Machine. The interface that was in question is used to better organize and manage data. Following the settlement, “Apple will receive a fully paid up nonexclusive license to the ‘227 Patent for its full term, which expired in 2016, along with certain rights to other patents in Network-1’s portfolio”.
You can read more about this subject here.

Eyefluence lets you control your computer with your eyes
Controlling a computer screen with nothing but your eyes may be coming closer and closer to reality, and it’s all thanks to Eyefluence, a Silicon Valley-based startup whose mission revolves around hands-free navigation. Eyefluence has been testing out a number of different prototypes, using augmented reality glasses outfitted with cameras that keep track of what you’re looking at. Simply glance at something to click it.
This hands-free system “moves as fast as you can think,” said Jim Marggraff, founder and CEO at Eyefluence. And while there’s other similar technology on the market, Marggraff insists that Eyefluence differs in its ability to function “without winking and without waiting.”
More info here.

Intel Skull Canyon NUC6i7KYK, a mini PC aimed at enthusiasts
The Skull Canyon NUC6i7KYK is marketed for “intense gameplay” and sells for $630 barebone. It requires you to bring your own storage, memory and operating system, which could easily push the price beyond $1,000. The NUC6i7KYK measures a mere 211mm wide, 116mm deep and 28mm tall and it has a mighty Core i7-6770HQ processor.
You can read more specs and see a full review here.

Samsung Galaxy J1 Ace Neo
The Samsung Galaxy J1 Ace Neo smartphone runs Android 5.1 Lollipop and it features a 4.3-inch Super Amoled display with a screen resolution of 480×800 pixels.
It is powered by a 1GHz quad-core processor paired with 1GB of RAM and comes with 8GB of inbuilt storage. The handset supports expandable storage via microSD card (up to 128GB).
More specs can be found here.

The malicious Pokémon Go app is the new hype
People all over have been trying to enjoy the new Pokémon Go app, which released this week to so much fanfare that it’s experiencing massive server overload. Security firm Proofpoint is now cautioning those who couldn’t wait for an official app store release, saying that one specific APK was modified to install a backdoor called DroidJack. The app is different form the official version, but is close enough to fool anyone who may have picked it up.
The firm discovered the infected Android version of the app less than 72 hours after the game was released in New Zealand and Australia on July 4. Bottom line, just because you can get the latest software on your device does not mean that you should,” the company wrote.
You can read about this here.

A smartwatch is way too smart when it steals your PIN!
Researchers have developed a “Backwards Pin-sequence Inference Algorithm” that can reveal PIN numbers pressed at an ATM, with alarming accuracy. The smart watch does not steal your PIN – it accurately measures your hand movements knowing to within a millimetre what keys you have pressed on say, an ATM – or any other device.In essence, it works backwards from pressing an “enter key” to reconstruct any key/press sequence before it. The implications are that anyone wearing a smartwatch could be compromised when using an ATM or any device requiring a key press and enter sequence.
More info are available here.

Apollo 11’s source code is now on GitHub
Former NASA intern Chris Garry has posted the entire Apollo Guidance Computer source code on GitHub, giving you a good peek at the software that took NASA to the Moon. The developers had a mighty sense of humor, line 666 of the lunar landing turns up a “numero mysterioso,” and there’s even a reference to radio DJ Magnificent Montague’s classic “burn, baby, burn.” The fun part is that posting it on GitHub allows suggestions for changes, so programmers are making their share of space-themed jokes.The guidance code still isn’t immediately useful unless you’re building a 1960s space program, of course.
You can read more and find the links here.