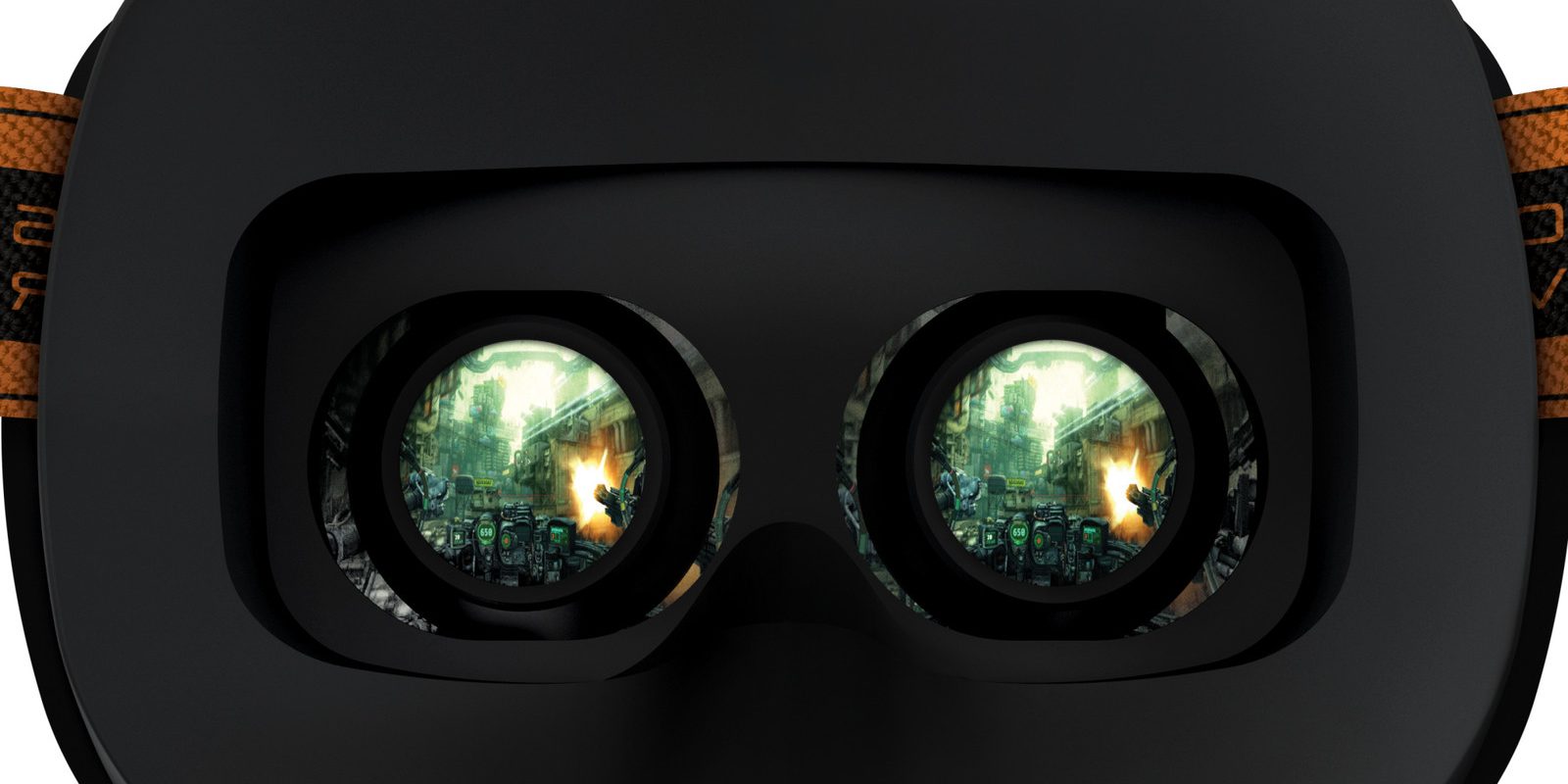 Oculus will now deliver VR experiences on lower-end PCs
As if PC-based VR headsets like the $600 Oculus Rift and the $800 HTC Vive weren’t already fairly expensive to begin with, they also require pricey high-end computers to power them, raising the cost of entry to roughly $2,000 at least. Oculus wants to change that with its new tech, which will allow its headset to deliver graphics-intensive VR experiences with lower-end PC hardware than it previously required. The company says its Asynchronous Spacewarp (ASW) technique for frame-rate smoothing nearly halves the CPU/GPU time required to produce nearly the same output from the same content. It works by generating extrapolated frames from previous frames from the VR app you’re running, ensuring a smooth experience even if the software falls behind the display’s frame rate. That means you can run VR games and experiences with AMD RX 400 series cards (which start at about $120) or Nvidia 900 or 1000 series GPUs. The Rift and Vive previously required at least an NVIDIA GTX 970 or AMD Radeon 290 GPU, which can cost upwards of $315.
You can read more here.

Russia to ban LinkedIn over data protection concerns
Russia is set to ban Microsoft-owned LinkedIn from Monday following a local court’s ruling that found the professional social network in violation of the country’s data protection laws. The Russian government passed new rules last September which required that any personal data submitted by residents to online services must be stored in data centers within the country. It’s odd that LinkedIn was singled out for not storing data locally, as bigger fish like Facebook and Twitter also don’t do so. It’s possible that the service, which has roughly five million users in the country, is a soft target that wouldn’t stir up a lot of fuss among the public, and yet warn other tech companies about the dangers of not falling in line with Russia’s new rules. It remains to be seen if the ban will take effect: LinkedIn may appeal the court’s decision and avoid being blocked across the country.
More info are available here.

HTC Bolt is a 5.5-inch, Android 7.0 phone exclusive to Sprint
Right now the HTC Bolt is a Sprint exclusive that sells for $600. It has a 16-megapixel (non-Ultra Pixel) optically stabilized rear camera, 8-megapixel front camera, and a 5.5-inch quad HD display. The new IP57 water resistance lets the Bolt survive submersion in a meter of water for up to 30 minutes. Internally, it’s a bit more disappointing, as the Bolt has last year’s Qualcomm Snapdragon 810 processor and 3GB of RAM instead of the much-more-common-for-2016 Snapdragon 820 and 4GB of RAM. A 3,200mAh battery provides “up to a day or more of use” and supports Qualcomm’s QuickCharge 2.0 fast charging. On the plus side, the Bolt is launching with Android 7.0 Nougat, which makes it the first HTC phone to run Google’s newest Android platform.
You can read more here.

The OnePlus 3 gets its first taste of Android Nougat this month
The OnePlus 3 is, according to many people, one of the best smartphones of 2016. This phone really does have lots to offer for the $399 asking price. Now, the OnePlus 3 has been in high demand ever since it launched back in June, as the company has been having issues acquiring enough OLED panels to implement on the phone, at least that’s what the rumors are saying. Now OnePlus will introduce a second smartphone this year, but it seems like the OnePlus 3T will be announced on November 15th, the company had already teased its arrival. That being said, this is not about the OnePlus 3T, but about the regular OnePlus 3 which will get Android 7.0 Nougat update soon it seems. Owners of OnePlus’ flagship have been eagerly awaiting for Android Nougat to hit their devices, and it seems like the beta build could land later this month, and an over-the-air (OTA) update (stable build) will follow by the end of this year.
More info here.

Garmin brings Strava’s safety system to its fitness wearables
Essentially, the Strava premium add-on sends real-time updates to a select list of contacts, so a runner can be located, should anything occur. Formerly available as a standalone iPhone and Android app, the feature is now being offered to Strava Premium members who one of a handful of Garmin fitness trackers, including the Edge 520, Edge 820, Edge 1000, Edge Explore 820, Forerunner 230, Forerunner 235, Forerunner 630, Forerunner 735XT, and Fenix 3. Beacon syncs up directly with Garmin’s LiveTrack feature, so up to three contacts can check in on the wearer during a session, including map location and the battery power remaining on their device without having to set up a Strava account of their own.
You can read more here.

Singapore is the first country to adopt Workplace by Facebook for goverment agencies
The government of Singapore has implemented Workplace by Facebook, a professional edition of the Facebook social networking tool, across 15 public agencies. The platform is currently used by more than 5,300 public officers, ST reports, citing Singapore’s Public Service Division. The use of Workplace by Facebook follows the Government’s move to delink public servants’ computers from web surfing, first reported in June, to prevent leaks from work e-mail and shared documents amid heightened security threats. Based on pricing provided on Facebook’s website, costs for the service for 143,000 accounts is estimated to reach USD 154,000 per month after the free 3-month trial.
More info can be found here.

The drone racing league announces first-ever drone racing simulator tournament
The DRL Racing Simulator is a true to life FPV racing simulator with real world physics and maps. Anyone with access to a computer and game controller can download the simulator and fly the same DRL courses they watch on ESPN, Sky Sports or Prosieben MAXX, testing their skills against the best drone racing pilots in the world. Pilot hopefuls, who are 21+, can enter the Bud Light DRL 2017 Tryouts by visiting www.DRLTryouts.com, downloading the DRL Racing Simulator and flying the simulator’s online tryout campaign.
You can read more here.