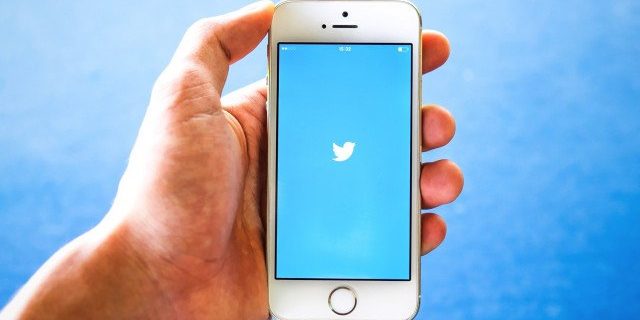 Twitter ups its GIF size limit to 15MB for the web
Twitter is continuing its trend of increasing the size limit in regards to media uploads on its platforms, with its latest update concerning GIFs. The previous size limit for both photos and GIFs on Twitter was just 5MB. There are some glaring restrictions in line with the update at present. The increased GIF size only applies to Twitter for the web, meaning you’re still restricted to puny GIFs on mobile for the time-being. Additionally, the change does not apply to Twitter clients, such as TweetDeck or Hootsuite. The high-quality GIF party is therefore currently the domain of Twitter’s flagship platform.
You can read more here.

IBM will open first Blockchain Innovation Centre in Singapore
The tech giant will be working with the main economic planning agency, the Singapore Economic Development Board (EDB), and the Monetary Authority of Singapore (MAS) to accelerate blockchain adoption for finance and trade. The blockchain technology works by creating permanent, public “ledgers” of all transactions that could potentially replace complicated systems such as clearing and settlement with one simple database.
You can read about this subject here.

ZenFone 3 Deluxe gets first dibs on Snapdragon 821 chip
ASUS revealed that its flagship 5.7-inch ZenFone 3 Deluxe has been given a chipset upgrade, from Snapdragon 820 to the speedier Snapdragon 821. This makes it officially the world’s first device to feature this 2.4GHz processor, while still benefiting from the same old Cat 13 LTE radio, a slightly faster Adreno 530 GPU, dual-SIM support (Micro SIM plus Nano SIM) and Quick Charge 3.0.
More info are available here.

Asus Chromebook C301SA laptop
If you’re looking for advanced features in a Chromebook at an affordable price, this might be the one for you because it offers 64GB of storage and full HD screen for $299. It compares favorably with Acer’s $300 Chromebook 14, which comes with the same amount of memory and a slightly bigger screen with the same resolution, but only half the storage and a slightly less powerful Intel Celeron processor (N3060 versus the C301SA’s N3160).
You can read more about the laptop here.

To succeed in IoT there is a need for a chief data officer
IoT demands an interdisciplinary approach, whether the desired outcome is to streamline internal processes, introduce new customer experiences or uncover new revenue. This requires collaboration among multiple business units, some of which traditionally work independently from each other, such as IT and operations.
Thus many have proposed an addition to the management, the Chief IoT Officer, to ensure IoT remains a top priority. Machina Research predicts that at least one Fortune 500 company will appoint a “CIoTO” in 2016.
Thorough info are available here.

Researcher proposes method for growing brain cells in 3D
A new method has been proposed that could allow scientists to develop a “3D brain-on-a-chip.” Something which could offer researchers a new platform to develop a far better understanding of how brain cells react to medication in a real setting. By measuring electrical signals and placing a microreactor on top, Schurink found that cells could also be grown vertically as well as horizontally. The process also involves a special “sieve” that contains 900 inverted pyramid openings the enables the 3D “network” of neurons.
You can read more about this here.

A new robotic furniture inspired by origami
The product, also called Ori, is a modular system of robotic furniture that effectively takes a single room, such as a studio apartment, and coordinates it to transform into a bedroom, living room, walk-in closet, or office. With Ori, rooms aren’t bound by architecture; spaces are defined by organization.
More info here.