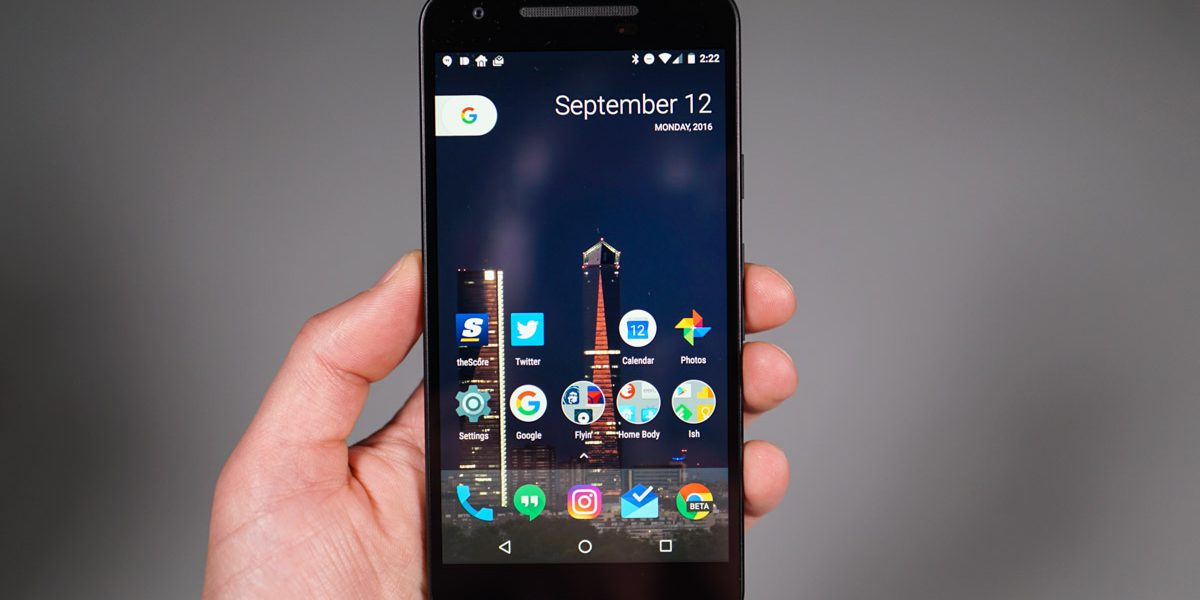 Nexus Launcher becomes Pixel Launcher, confirms brand change
As if putting all rumors to rest, the app launcher for Google’s next smartphones has just been leaked, and it isn’t called the Nexus Launcher like in the past. Instead, the formal name, based on leaks from LlabTooFer, is “Pixel Laucher”. The name change, though seemingly minor, could have substantial repercussions down the road. At least if previous rumors and speculations are on the mark. Google’s new Pixel line could be the start of the company’s tighter grip on Android, at least as far as its own smartphones go. Google is expected to unveil the Pixel “Sailfish” and Pixel XL “Marlin”, both made by HTC, on 4th October.
You can read more here and here.

Facebook has introduced the Messenger Platform 1.2
The updates create a richer platform for businesses to interact with customers through chatbots. Advertisers will get the ability to divert users to Messenger through News Feed advertisements. Users can browse modified mobile versions of the site through messenger itself. Some portions of the web sites can be delivered within the conversation, depending on the context. Payments are integrated with messages, and users can use Messenger as a shopping platform now. The payments feature is currently in the Beta testing phase.
More info are available here.

Lenovo launched A6600, A6600 Plus, A7700 Phones
The Lenovo A6600 series features a 5-inch HD display. Under the hood, it gets 1.0GHz MediaTek 6735p quad-core processor coupled with 1GB RAM and 2GB RAM for the Plus model. Both devices get an 8MP autofocus rear snapper with flash. The Lenovo A7700 sports a larger 5.5-inch HD display, powered by 1.0GHz quad-core MediaTek 6735p processor, 2GB RAM and 16GB onboard storage. Other specs include an 8MP rear camera with dual LED flash, Android 6.0 Marshmallow, and a 2,900 mAh battery.
More info can be found here.

Neural networks are powerful thanks to physics, not math
When you think about how a neural network can beat a Go champion or otherwise accomplish tasks that would be impractical for most computers, it’s tempting to attribute the success to math. Researchers from Harvard and MIT have determined that the nature of physics gives neural networks their edge. When you write down the laws of physics mathematically, you can describe all of them using functions with basic properties. As such, a neural network doesn’t need to understand every possible function (like a conventional computer would) to generate an answer, it just needs to know some fundamentals.
The insights could lead to better-designed artificial intelligence systems that do a better job of exploiting their inherent advantage. Moreover, it could help you understand your own mind.
You can read about this subject here.

Nvidia shows off smaller artificial intelligence computer for Baidu car
Chinese web services company Baidu will deploy Nvidia’s new Drive PX 2 as its in-vehicle car computer for its self-driving system. As more carmakers develop plans for self-driving technology to roll out in their vehicles in the next decade or less, Nvidia is trying to lower the barriers to entry, providing powerful computers to help automakers enter the market.
Nvidia said its new Drive PX 2 computer uses 10 watts of power and is half the size of the original version, launched in January. That solves a problem faced by carmakers incorporating self-driving technology – how to pack the punch of AI, which helps cars make decisions, into a compact computer suitable for production-ready vehicles.
More info here.

Terrifying new drone has robotic claws
Japanese company Prodrone showed off a new drone this week called The PD6B-AW-ARM. Its main feature? Terrifying arms. The claws can grab anything up to 44 pounds and deliver it. It is very cool and very scary looking.
You can see a video here.