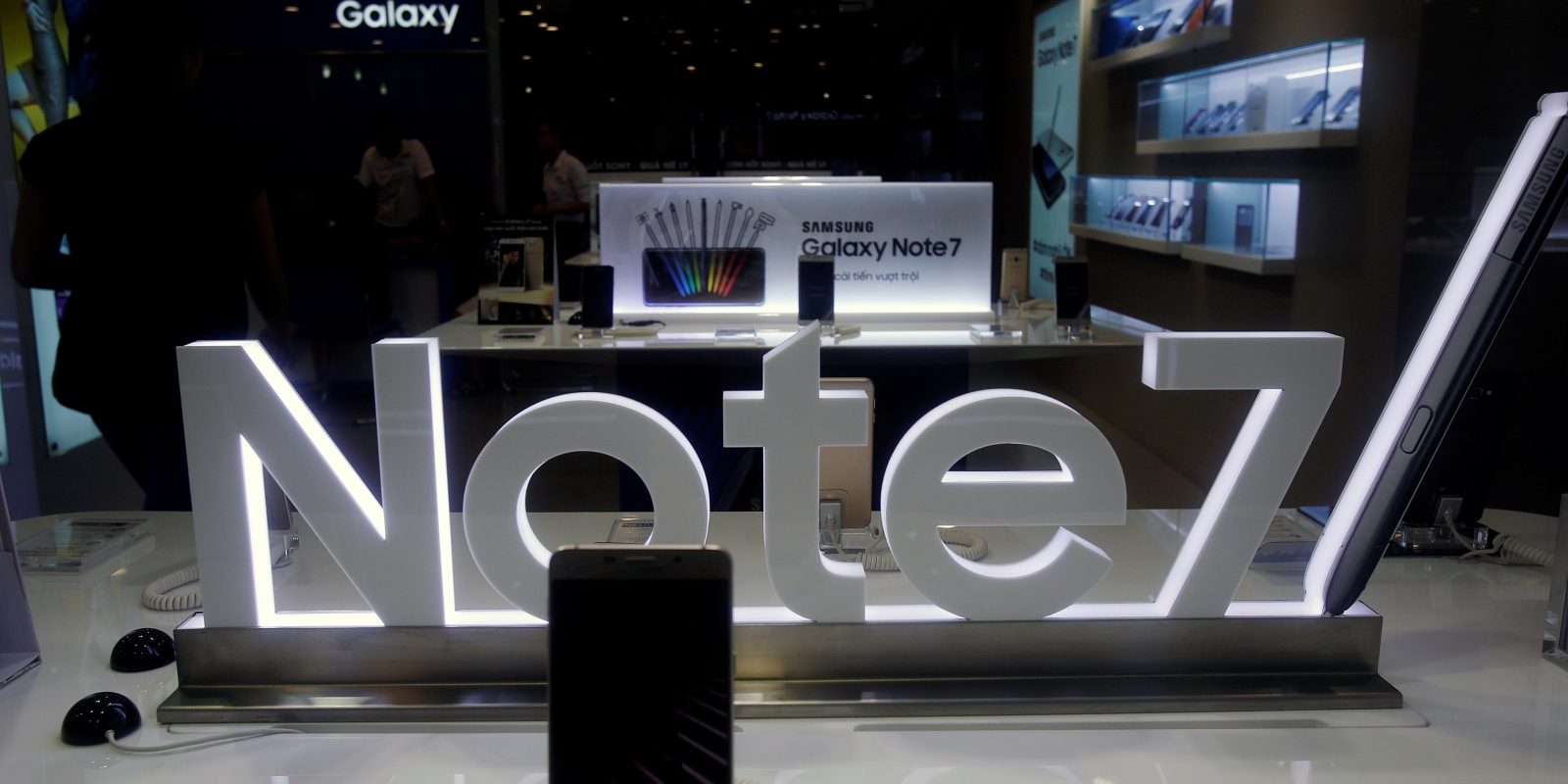 Samsung Galaxy Note 7 flight ban spreading worldwide
The Note 7 is becoming increasingly unwelcome on planes worldwide. At least eight international airlines are prohibiting Note 7 owners from bringing the smartphone on their flights. That means travelers also cannot carry the device in checked bags or carry-on luggage. AirAsia, Singapore Airlines, Qantas, Emirates, Virgin Atlantic, Malaysia Airlines, All Nippon Airways and Air New Zealand have all announced bans on the phone. Air Berlin has banned the phones with immediate effect. Larger German rival Lufthansa has a ban on flights to the US, but is reportedly planning to impose the restriction across all flights soon. Those announcements come after U.S. government regulators announced similar bans. The U.S. Department of Transportation and Federal Aviation Administration released an emergency order last week preventing Note 7 owners from bringing their phones on planes or in luggage.
You can read more here.

Facebook quietly signs EU’s Privacy Shield data treaty
Social networking giant Facebook has agreed to adopt a new European Union (EU) data accord that allows personal information to be transferred to the US, potentially sparking yet another privacy row, the media reported. Privacy Shield, a replacement deal that was designed to provide extra safeguards for Europeans, came into force in July. Google and Microsoft have already adopted the treaty. Facebook’s adoption of the treaty is significant because the prior US-EU agreement, Safe Harbour which was abolished by the European Court of Justice as a direct result of legal action against the social network by privacy campaigners. However, it is likely to lead to further scrutiny of the Privacy Shield deal from Facebook’s critics, the report stated.
More info are available here.

Samsung Chromebook Pro leaks in all its metal glory; comes with 2K display and Pen Stylus
New Chromebook models are just around the corner. The latest Chromebook sports a 2K, 12.3-inch display with 3:2 aspect ratio along with effective resolution of 2400 x 1600. Samsung Chromebook comes with an all-aluminium design and a 360-degree hinge which effectively turns the device into a 2-in-1, allowing it to be used as an ultrabook as well as a large tablet. On the specs front, the Chromebook comes with a hexa-core processor with two Cortex-A72 and four Cortex-A53 cores, clocked at 2GHz for efficient energy conservative operation. Chromebook Pro comes with a ‘Pen’ stylus (salvaged from all the disposed Galaxy Note 7 devices) which will make it more likely to be used during the tablet orientation mode. One interesting thing to notice is that the latest Chromebook Pro will come with Google Play Store access, which will allow users to run Android apps on the device.
You can read more here.

iHome’s iBT9 speaker lets you take your music outdoors
The largest of the four speakers in the series, the iBT9 weighs in at 2-pounds and has two drivers in front and a passive radiator at the back which sit behind rust-resistant metal speaker grilles. The exterior is wrapped in a dense, shock absorbent rubber that effectively protects the speaker from drops up to several feet. It also has IP67 water resistance making it dust and waterproof, capable of surviving underwater for up to 30 minutes. It has a USB port, 2 full-range drivers and passive radiators for deep bass and claims 12 hours of playing time.
More info and a review here.

Tesla and Panasonic will collaborate on solar cells production
Elon Musk’s Tesla Motors said it would collaborate with Japan’s Panasonic Corp to manufacture solar cells and modules in New York. Under the agreement, which is a non-binding letter of intent, Tesla said it will use the cells and modules in a solar energy system that will work seamlessly with its energy storage products Powerwall and Powerpack. Panasonic is expected to begin production at the Buffalo facility in 2017 and Tesla intends to provide a long-term purchase commitment for those cells, Tesla said in a statement, adding the agreement is contingent on shareholders’ approval of its acquisition of SolarCity.
You can read more here.

Samsung says it has begun mass production of 10-nanometre chips
Tech giant Samsung Electronics Co Ltd said its system chips business has started mass production of semiconductors using 10 nanometre technology, adding it was the first company in the industry to do so. South Korea’s Electronic Times reported this month that Samsung will be the sole contract manufacturer of Qualcomm Inc’s high-end Snapdragon 830 chips using 10-nanometre production technology and these processors will be used in half of Samsung’s next Galaxy S smartphones expected to launch in early 2017.
More info can be found here.

Give a 3D printer artificial intelligence, and see what you’ll get
A London-based startup has combined some of today’s most disruptive technologies in a bid to change the way we’ll build the future. By retrofitting industrial robots with 3D printing guns and artificial intelligence algorithms, Ai Build has constructed machines that can see, create, and even learn from their mistakes. Many of today’s startups take an emerging technology and adapt it for an age old industry. AI is present from the backend of finance to the front end of healthcare. Robots now replace receptionists, foods runners, and factory workers around the world.
You can read more here.