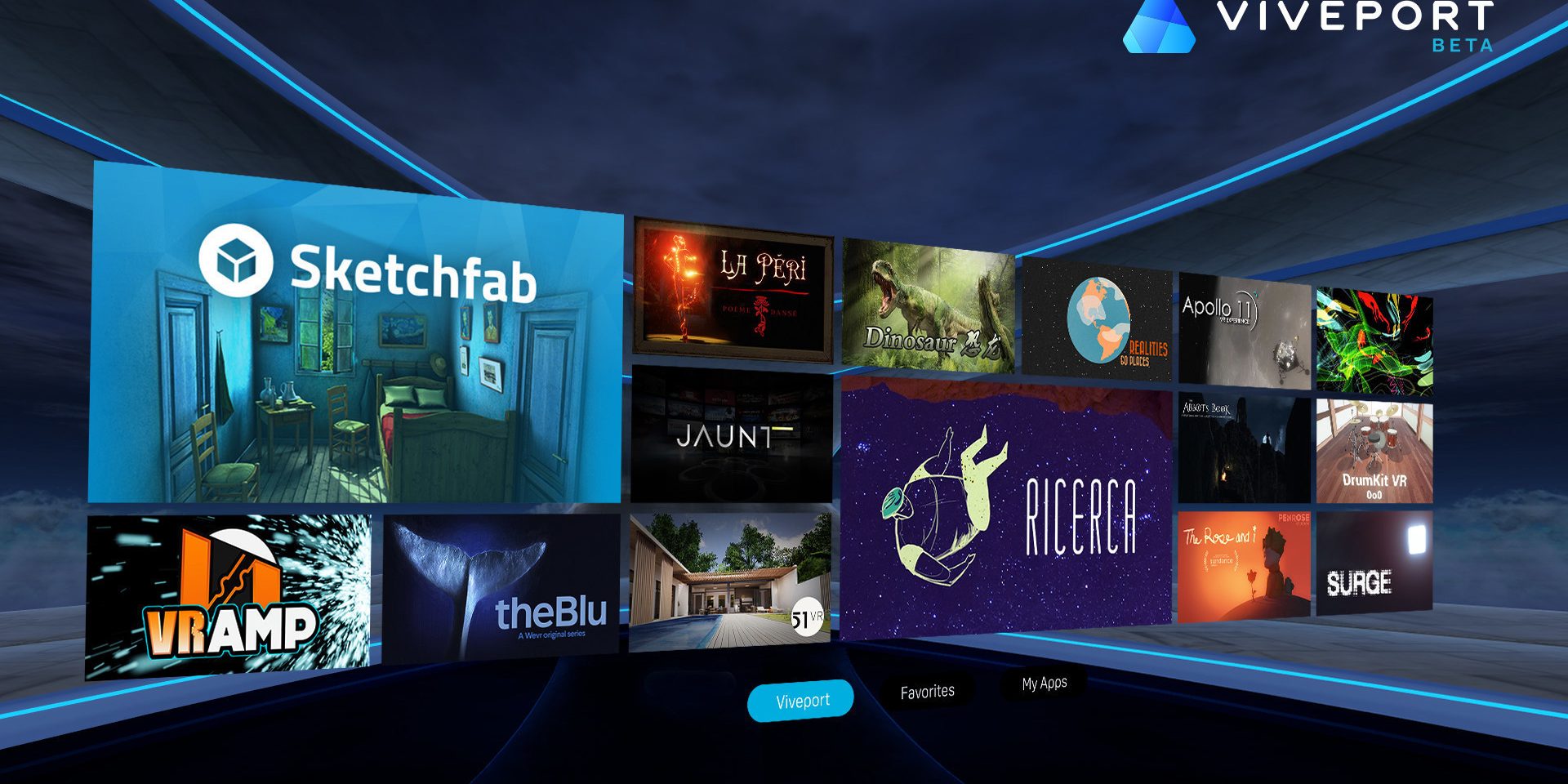 HTC launches Viveport M virtual reality-focused storefront for Android
Hardware manufacturer HTC launched a beta version of Viveport M, an Android-compatible client for its Viveport virtual reality storefront that gives mobile users quick and easy access to HTC’s curated library of VR apps and 360-degree experiences. Android users who download the free Viveport M client will get access to a range of compatible apps and experiences suited to their mobile device. The client features apps that are compatible with both gyroscope-equipped mobile devices and dedicated VR equipment, opening up the marketplace to a wide range of users. HTC additionally announced the upcoming launch of Viveport Arcade, which the company describes as “a VR content management and sales platform customized for offline experience centers.”
You can read more here.

Razer acquires audiovisual icon THX as it explores growth beyond the games industry
Razer, the company that develops hardware and services for gamers and the world of gaming, has made an acquisition to catapult it to more platforms and more people: The company has acquired THX, the legendary audio and video quality assurance company that was originally founded by George Lucas as part of Lucasfilm. THX was started as a special audio division at Lucasfilm when the company was working on Return of the Jedi and Lucas wanted to ensure that the sound in theaters was just as the sound engineers had intended it to be. Fast-forward to today and the company still focuses on HD quality, but now it works in a range of other environments that span both audio and video.
More info can be found here.

Qualcomm-powered 5G devices may arrive in first half of 2018
At the Qualcomm 4G/5G Summit in Hong Kong, the company announced its very first 5G modem, the Snapdragon X50, which will support download speeds at up to 5 Gbps. Furthermore, we’re told that X50-powered devices “are expected to be available during the first half of 2018.” The timing makes sense as the finalized 5G standard should arrive in the same year. The whopping 5 Gbps download speed is achieved by using a generous 800 MHz bandwidth in the mmWave spectrum. While it’s true that such a high frequency is limited by its penetration range, such modems and cells will make use of MIMO antenna technology with intelligent beamforming and beam tracking to bounce signal off walls, in order to go around obstacles. It’ll be years before we go fully 5G so early deployments will likely have limited coverage.
You can read more here.

Mad Catz updates its RAT mice with sensors and ergonomics
This update will see changes made to the RAT 1, RAT 4, RAT 6, RAT 8, RAT Pro S+ and RAT Pro X+ gaming mice. Basically the idea that Mad Catz is shooting for is to make these mice compatible with gamers with different grips. They will all be updated to come with at least one adjustable part, meaning that you should be able to configure them to your preference whether you are a claw-grip kind of gamer, or if you’re more of a palm-grip player. All the mice will also be updated with lighting options, although the lower-end mice will only get single color options, while Mad Catz’s higher-end mice will come with Kameleon RGB color variations.
More info here.

New Android banking malware steals your data with the snap of a selfie
An updated bit of bad software designed to lurk on the Android phones of users and steal their personal data has been uncovered, with this one engaging with the users and asking, very nicely, for credit card details and a selfie. Discovered by the McAfee Labs Mobile Research Team, the latest trojan not only asks for banking details and some second factor data to help access people’s accounts, but also wants a photo of the person under attack, preferably of them holding up their driving license, passport or banking card for verification. So how can you protect yourself against the threat? Well, first of all, you should avoid downloading shady third-party apps from any app store, and you should only be getting your apps from Google Play, as McAfee notes that the malware only seems to be appearing on apps downloaded from those third-party stores.
You can read more here.

Twitter reportedly loses Disney deal partly due to image
The Walt Disney Company opted not to pursue a deal for the microblogging network partly due to concern that its reputation as a place for bullying and abusive behavior might sully the media giant’s wholesome image. Harassing and abusive tweets, while not a new occurrence on the social network, have received increased scrutiny in recent years. Robin Williams’ death, in August 2014, led some Twitter users to send vicious messages to his daughter, prompting her to delete the app from her phone. That reputation has proven to be a black eye of sorts for Twitter, which has struggled to expand its user base, even as it adds features such as livestreams of political debates and sports games. The social media company hasn’t been able to keep up with the growth of the massive fan bases of competitors such as Facebook, Instagram and Snapchat creator Snap.
More info are available here.

Bonjour is a smart alarm clock that eases you into your workday
The Bonjour smart alarm clock features everything a good alarm clock should: the ability to coax you out of a deep sleep, a nice design, and a clock face that you can read even in the darkest time of night. But it takes that age-old functionality and adds some smart features, like the ability to integrate with your calendar for automatic alarm setting, and an integrated artificial intelligence assistant that can make some smart choices in your favor.
Every morning, Bonjour takes a look at the traffic conditions shortly before your alarm goes off. If the roads are looking a little backed up, then Bonjour will push your alarm ahead of the scheduled time to build in a little extra buffer in your routine. With voice recognition, you can talk to Bonjour and ask it to let you sleep in a little longer, at which point she’ll let you know whether the conditions allow for such luxuries.
You can read more here.