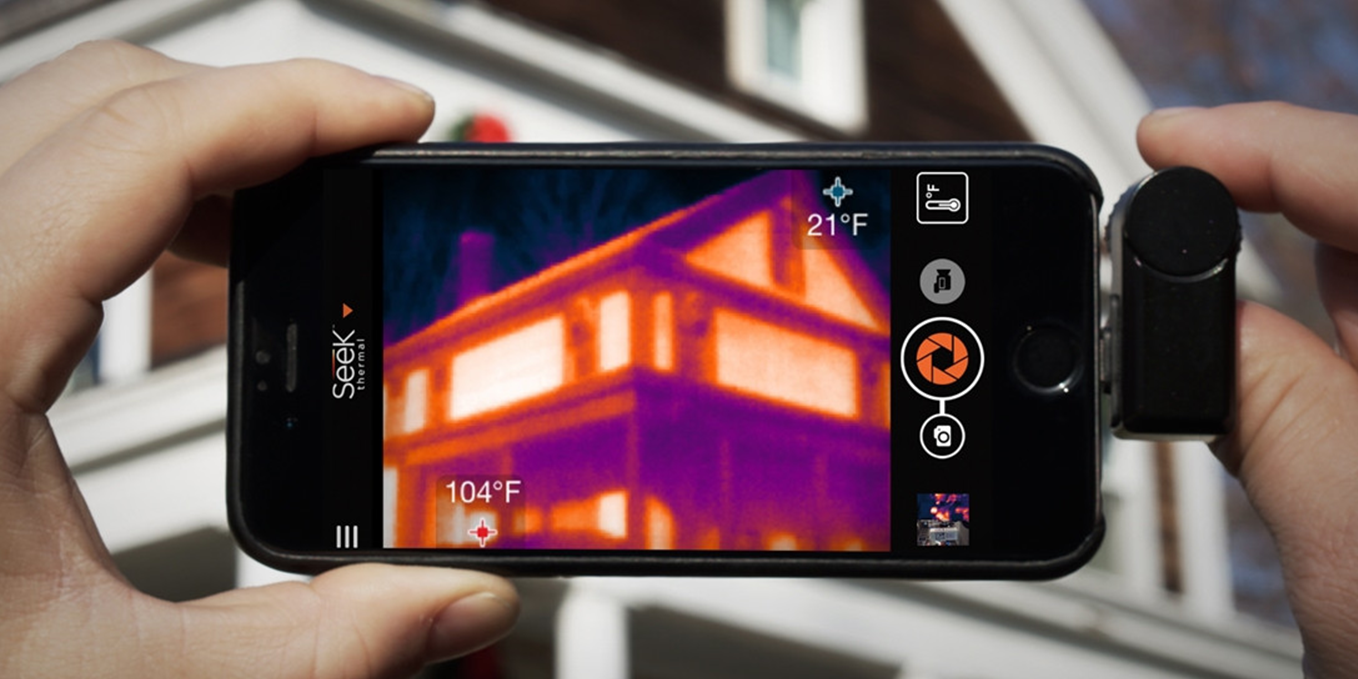 New accessory adds thermal camera to any smartphone
The Seek CompactPRO is a small gadget you plug into your smartphone to instantly add thermal-imaging capabilities.
It weighs less than half an ounce and can plug into any Android or iOS camera. The lens gives the thermal cam a 32-degree field of view and it is priced at a bit under $500. The app will also see an update allowing for storing thermal images in the radiometric file format –creating a 76,800 pixel image to analyze later with all the temperature details.
You can read more about the subject here.

Edge is a battery-saving browser according to Microsoft
Microsoft has published new research in which it claims that its Edge browser, bundled with Windows 10, can outperform the competition when it comes to battery life. Why is Microsoft making such a fuss about all this? Well, battery usage by browsers is the next big differentiator for the applications and the company wants some share of the game.
More about this here.

iPhone 7 release date and all the rumours
The most anticipated smartphone of the year is scheduled for its traditional September release and will have 32GB base storage. Some reports suggest that the iPhone 7 will come with the Smart Connector first introduced with the iPad Pro for connecting the Smart Keyboard Cover and other accessories like charging docks, while other leaks have shown no presence of the Smart Connector.
iPhone 7 leaks will continue to pour in, and more information on the smartphone will be revealed in the coming months, but for now you can read about it here.

HTC Desire 630 With 13-Megapixel Camera Launched
HTC announced the 630 at an event in India and it can now be purchased in offline as well as HTC’s online eStore.
On the specifications side, the Desire 630 features a 5-inches HD Super LCD panel up front along with a painted-speckled plastic body. There’s a Quad-Core Snapdragon 400 processor clocked at 1.6GHz, Adreno 305 GPU for graphics, 2GB of RAM, 16GB internal storage which is expandable up to 128GB via a MicroSD card and a paltry 2200mAh removable battery.
More specs and info about it here.

Twitter will optimize your images and videos
Twitter has acquired London-based machine learning startup Magic Pony Technology. In terms of a description of the services it offers, it states that it has filed over 20 international patents over the past 18 months in the field of machine learning visual processing for web, desktop, and mobile.
You can read about this here.

UE Bluetooth speakers add Siri, Google voice commands
A fresh firmware update lets you command Ultimate Ears’ bestselling portable Bluetooth speakers just by using your voice.
Unfortunately, you can’t trigger the voice-activation mode with just the commands, though: you’ll need to press the Bluetooth button to put the speaker in “listening” mode. (Both speakers have microphones thanks to their existing speakerphone capabilities.
More about this here.

A cute robotic shopping cart that follows you around the store
Budgee is a basket-carrying robotic helper that’s designed to follow you around the store as you shop. Budgee’s creator, New Jersey-based Five Elements Robotics, said Walmart is considering using Budgee to replace its shopping carts.
You can see a presentation video and read about it here.