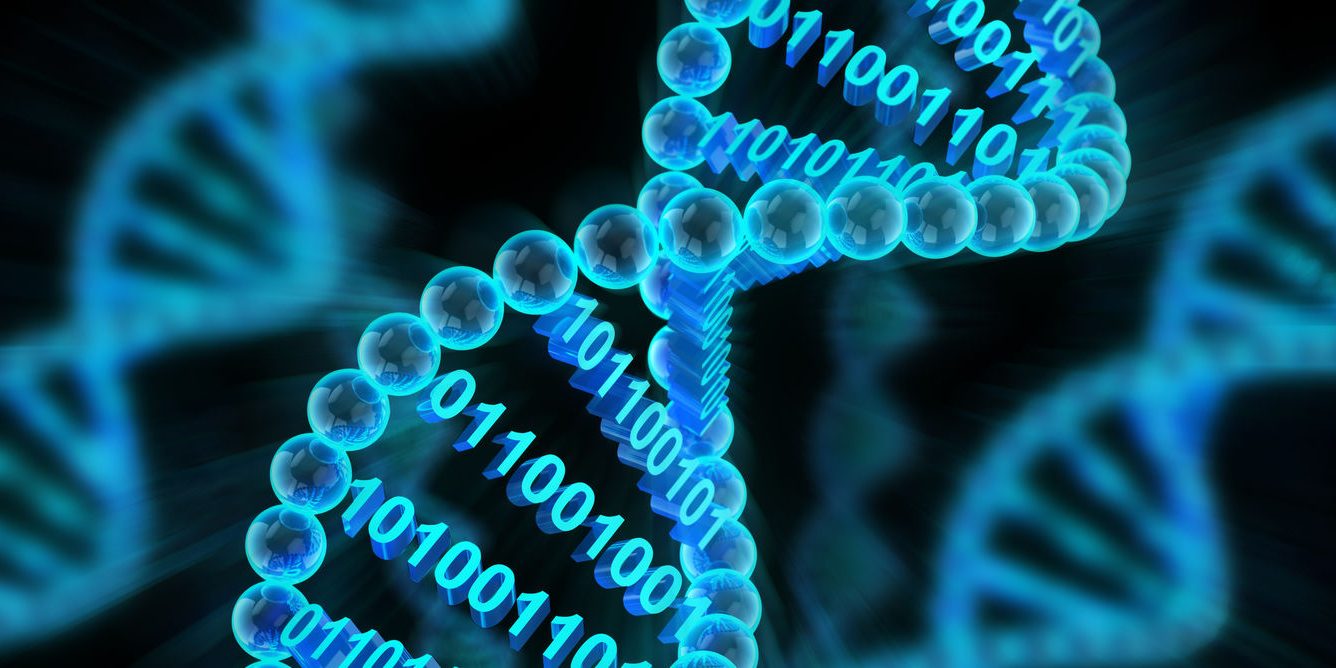 Analog DNA circuit does math in a test tube: DNA computers could one day be programmed to diagnose and treat disease
A team of Duke University researchers have demonstrated the creation of synthetic strands of DNA that, mixed together in the right concentrations in a test tube, can create analog circuits able to add, subtract, and multiply as they form and break bonds. Rather than voltage, DNA circuits use the concentrations of specific DNA strands as signals. The technology takes advantage of DNA’s natural ability to zip and unzip to perform computations. Besides addition, subtraction and multiplication, the researchers are also designing more sophisticated analog DNA circuits that can do a wider range of calculations, such as logarithms and exponentials.
The hope is that, in the distant future, such devices could be programmed to sense whether particular blood chemicals lie inside or outside the range of values considered normal, and release a specific DNA or RNA (DNA’s chemical cousin)that has a drug-like effect.
Read more here.

WhatsApp says it’s going to start giving user data to Facebook
Ever since Facebook acquired the WhatsApp messaging app two years ago, users have worried about their privacy. WhatsApp has just announced it will begin sharing some user data with its parent company, such as users’ phone numbers, so that Facebook can tailor its friend suggestions by mapping users’ social connections between the two services. It’ll also help Facebook serve up more relevant ads. Analytics data from WhatsApp will even be used by Facebook to track usage and deter spam.
More info are available here.

Moto E3 Power with 3500 mAh battery goes official
Motorola has launched its new smartphone in Hong Kong, which is named as Moto E3 Power. It features a 5-inch HD (1280x720p) IPS display and is powered by a 1.0GHz quad-core Mediatek (MTK6735) processor. It comes with 2GB of RAM and 16GB of internal storage, which can be further expandable up-to 128GB via microSD card.The Moto E3 Power runs on Android 6.0 Marshmallow operating system and get the strength from a 3500 mAh battery.
Full specs and more info are available here.

Android Nougat rollout allegedly hampered by Snapdragon 800
Many older smartphones dating 2014 and earlier are being left out of the Nougat party simply because Qualcomm won’t be releasing updates to the graphics driver of the Snapdragon 800 or 801 powering those devices. Qualcomm, for one reason or another, has supposedly decided not to release updated drivers for the Snapdragon 800 and Snapdragon 801 processors, which happen to drive practically all 2014 flagship devices, and even some 2015 ones that decided to stay off the ill-fated Snapdragon 810. And, for technical reasons still not clear, such updated drivers are supposedly required to run Android 7.0 Nougat.
More info here.

Apple plans to focus on social by making a Snapchat-like video app
Apple is getting into social networking again, but this time it’s not about music. Instead, it’s developing a video-sharing and editing app for iPhone and iPad. The ultimate hope is that people would use the app, which is being built by the same folks who built iMovie and Final Cut Pro, to create the content to share with other social networks.
So far reports said that Apple is not clear-cut on when (or even if) this app will launch, or whether or not it will live as part of iOS or as its own standalone app.
You can read more about this subject here.

Google now lets you play Solitaire and Tic Tac Toe in search results
The search giant has just added the two classic games Solitaire and Tic Tac Toe right into its search results and seem s to be tempting you to take a fun detour from your research work while you are at work. All you have to do in order to play these games is search either ‘Solitaire’ or ‘Tic Tac Toe’ in Google Search. On the top of other search results, you will now see the option to play the game right away.
You can read about it here or try it yourself 🙂