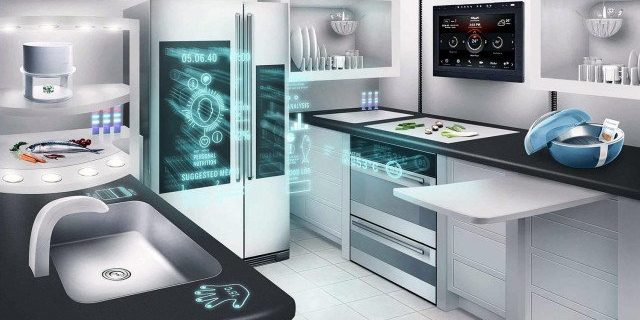 Germany is beating the U.S., when it comes to the IoT
The Internet of Things is taking over in a big way, what with connected devices and smart homes solidifying their position as the next trend in tech. As per survey results, 17 percent of German and U.S. manufacturers say they’ve already applied predictive maintenance solutions in their facilities, but over 40 percent of Germans say they plan to do so in the next one or two years, whereas only 24 percent of Americans can say the same. And while 39 percent of German manufacturers plan to employ autonomous robots and assistance systems in the next couple years, only 20 percent of Americans are as ambitious.
Automation appears to be taking on an increasingly important role in the manufacturing world, and you can read more about it here.

Facebook Hires Top Ex-Google Executive for Internet Projects
The social network has hired Kevin Lo as its Director of Infrastructure Connectivity and Investments to help lead Facebook’s partnerships such as Terragraph, a project to bring Wi-Fi to dense urban areas and Facebook’s partnership with Microsoft to build a fibre optic cable. Lo later confirmed his appointment on his Facebook Page, saying that he wants to bring onboard over four billion people who lag behind in terms of using high-speed Internet services.
More info can be found here.

Fujifilm’s new SP-2 Instax Share photo printer is faster, quieter than the original
Among the improvements over the SP-1, Fujifilm says the new SP-2 is faster, quieter, has better image quality, and a greatly improved WiFi connection. The SP-2 has also a completely new design, featuring a silver or gold body with a sleek white casing and an internal rechargeable battery. The SP-2 is expected to be available sometime around mid-July in the U.S. with a suggested retail price of $200.
You can read more here.

India’s $4 smartphone arrives June 30th
The smartphone will come with a 4-inch 960 x 540 screen, a modest 1.3GHz quad-core processor, 1GB of memory, 8GB of expandable storage, an 8-megapixel rear camera and a 3.2-megapixel front cam; it’s even running Android 5.1 instead of 6.0. Price really is the selling point here. While it’s good that there’s a tangible product, there are still doubts swirling around its feasibility.
More info about it here.

How the internet of things creates the next wave of security opportunities
IoT devices are attractive to hackers because they have very weak login credentials, are “on 24/7” and have little to no secure communication channels. Hackers have started using these compromised devices to launch DDoS attacks, and even sell Instagram and Twitter robo “likes” for the vain. Data from an HP IoT study shows that 80 percent of IoT devices failed to require passwords of sufficient complexity and length.
More info about this subject here.

Apple clears up data privacy concerns in iOS 10
As Apple enters the artificial intelligence realm with iOS 10, leveling with its users about how it plans to collect their data, and act transparently, will be key. And that’s exactly what the company attempted to do at its developer conference earlier this month. The Cupertino company quietly unfurled its plans to collect data from its users to improve the AI features embedded within Siri in the newest version of its mobile operating system. With the data, Apple hopes to improve its software’s abilities to better predict its owners’ needs.
You can read about this subject here.

Adopt a new accent by downloading this app
Elsa Speak is an app that employs machine learning to help you adopt a Midwestern accent. So if you want to flatten your a’s and round out your o’s, look no further than your smartphone. Soon, people won’t know who you are.
More info about the app here.

An AI turns your photos into graphic novel fodder double quick
Artists beware! AI is coming for your paintbrush too… A new iOS app, called Prisma, is using deep learning algorithms to turn smartphone photos into stylized artworks based on different artwork/graphical styles.
You can read about it here.