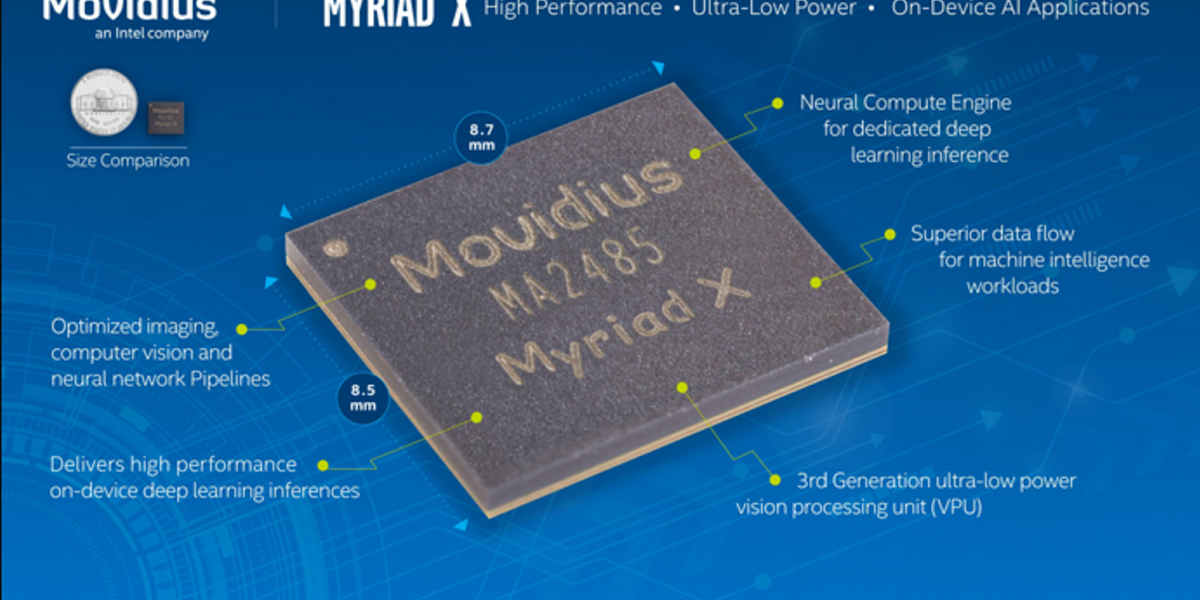 Intel introduced its new Movidius Myriad X vision processing unit (VPU), advancing Intel’s end-to-end portfolio of artificial intelligence (AI) solutions to deliver more autonomous capabilities across a wide range of product categories, including drones, robotics, smart cameras and virtual reality. Inside the Myriad X VPU is a dedicated hardware block, the Neural Compute Engine. With it, Movidius states that the Myriad X can achieve over one trillion operations per second.
You can read more here.

Google announced that it is expanding its Android certification program for hardware makers to include a new Google Play Protect logo that will help consumers find secure and stable devices. “Certified devices are also required to dispatch without pre-installed malware and include Google Play Protect, a suite of security features such as automatic virus scanning and Find My Device”, said Google.
More info are available here.

The phone will have a 5.2-inch FHD AMOLED display, an Octa-core Snapdragon 630 processor and 4GB of RAM. It will come with dual cameras comprised of two 12MP sensors. One will be RGB, while the other one is meant for taking Monochrome pictures.
More info here.

The smartwatch has a GPS sensor, a heart rate sensor, a “multi-day battery” rated at more than four days, a Near Field Communications (NFC) chip for contactless payments and Water resistance. It is priced at $299.95.
More info here.

DJI launches bug bounty program for its software and drones

Called The DJI Threat Identification Reward Program, the program aims to create a formal line of communication between researchers and hackers to the drone maker. The company will pay between $100 and $30,000 for qualifying bugs, “depending on the potential impact of the threat”.
You can read more here.

Nintendo has confirmed that Miiverse will officially shut down

In an official release, Nintendo announced that the social network called Miiverse will end on November 8, 2017 at 3pm Japanese time. No word yet if or when Miiverse will be impacted in other regions. Nintendo says it’ll provide a way for users to download their own posts through the web version of Miiverse.
More info can be found here.

In the coming weeks, randomly selected Domino’s customers in Ann Arbor, Michigan will have the option to accept pizza deliveries from a Ford Fusion Hybrid autonomous research vehicle. Those who participate in the test can track their order through a Domino’s app and will receive a unique code that matches the last four digits of their phone number to be used to unlock the so-called Heatwave Compartment — a container that keeps pizzas warm in the back of the car.
You can read more here.