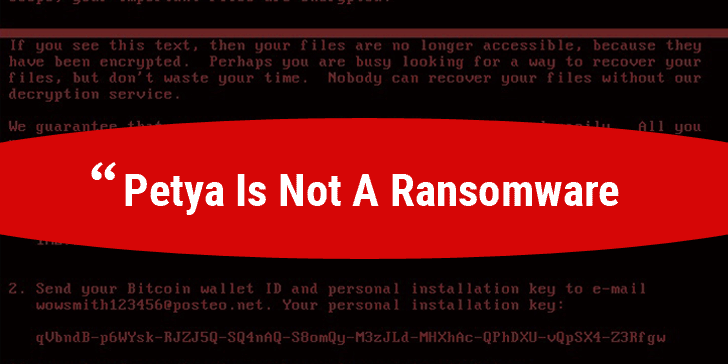 Security experts claim the Petya malware is not a ransomware

Researchers from Comae Technologies and Kaspersky Lab have independently arrived at the same conclusion, that Petya was built to irrecoverably wipe information, not hold to it to ransom. Just a few weeks ago, the WannaCry attack was making users pay at least $300 to get their files de-cryprted. This time, the attacking malware is being called Petya, and it appears the primary target was Ukraine, although the virus has now spilled out into other countries.
You can read more here.

Qualcomm has unveiled its latest ultrasonic fingerprint solution at Mobile World Congress Shanghai that can be embedded underneath OLED displays. During the event, Chinese phone maker Vivo showed off a prototype smartphone that had the technology in place. Currently, fingerprint recognition under the display is yet to be commercialised.
More info are available here.

The AI Suggested Sharing feature involves the addition of a fourth tab in the app called ‘sharing’ at the bottom of the screen next to the ‘Assistant’, ‘Photos’, and ‘Albums’ tabs. It uses facial recognition to see who you are taking the most pictures with, and who you are sharing pictures with the most to suggest who to share your photos with.
You can read more here.

Scientists are one step closer to becoming mind readers after new research identified some of the complex brain patterns that go into forming sentences in our heads. “We have finally developed a way to see thoughts of that complexity in the fMRI signal. The discovery of this correspondence between thoughts and brain activation patterns tells us what the thoughts are built of,” said Marcel Just from Carnegie Mellon University.
You can read more here.