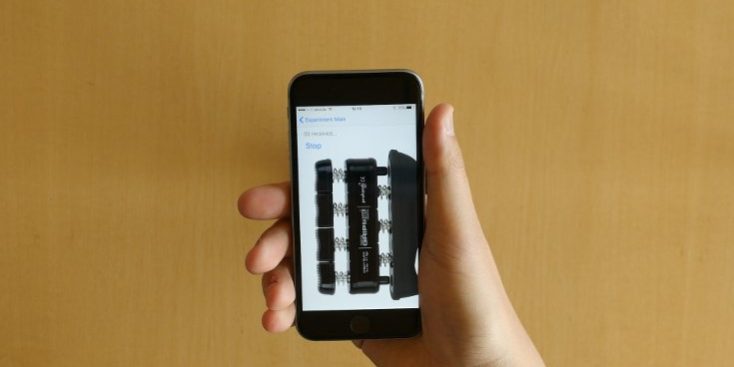 A brand new Force Phone software developed by researchers allows detection of pressure on any part of the phone
This 3D Touch style technology can be used as an input for various features like opening up the camera if you grip the phone in a certain way or making a call if the phone is gripped in another way.
The info about this new technology are scarce momentarily, all we can offer you is this.

A conversation between Zuckerberg and the astronauts living and working aboard the International Space Station (ISS), on June 1
The new Live Video feature of Facebook will enable the chat and the topics will be inspired by questions posted by viewers on NASA’s Facebook page.
Some details about the subject here.

ZenBook 3, a product that puts Asus in a laptop battle with Apple
Asus introduced today a new ultra portable product, ZenBook 3, with specification that rival Apple’s MacBook: thin (11.9 mm), light (910 g) and with a price starting from $999. Those who had the opportunity to have a hands-on experience claim that the laptop looks and feel twice as its price. The top line of the model will feature an Intel Core i7 processor and 1TB SSD with 16GB of RAM, and will retail for $1,999.
You want to know more about this?

The fresh launch of Sony Xperia X Dual in India
Two Xperia X-Series smartphones were launched in India today and will be available starting June 7, with pre-booking available via the Amazon.com, and authorised Sony retailers.
You can take a first look at the products and read the key specs here.

Quantum dot (QD) and the multiple uses it may have
QD materials (nanocrystals) are currently used in displays by Samsung, but their potential is so much more bigger than that given the fact that optical and electrical QD can be used to process electricity to light, light to electricity, light to light and electricity to electricity.
The current commercial use in visual displays has its perks, better colors and energy efficiency are ensured by placing a QD film atop a Liquid Crystal Display (LCD). But the advantages of this technology may be relevant to many areas like biomedicine & bio-imaging, energy harvesting, security printing, sensors.
If you want more information on this subject you can get it here.

A new update to the Google app for iOS was released to improve search and load times for users
The improvements that came with this update will save app users a combined 6.5 million hours this year.
That’s a lot of time… want to know more about it?

Those who roam the modern Wild West – bug bounty hunters for Twitter 🙂
A program with critical importance in Twitter’s defence since May 2014 has been this bug bounty program, with regards to which the social media company claims to have paid over $300,000 in rewards.
If you’re looking for the biggest payout in this program, Twitter pays $15,000 to those who can find a remote code execution vulnerability, but so far no one managed to claim this bounty.
More info about this here.

Is there something that UX designers can learn from 1990s Japanese video games?
Some claim that the answer is yes. Elements like microinteractions that show care in design, storytelling, and clear interfaces that show which parts are interactve are relevant both in modern SaaS apps as well as in old Japanese RPG games.
More information about the evolution of UX and a mini-trip down memory lane is available here.