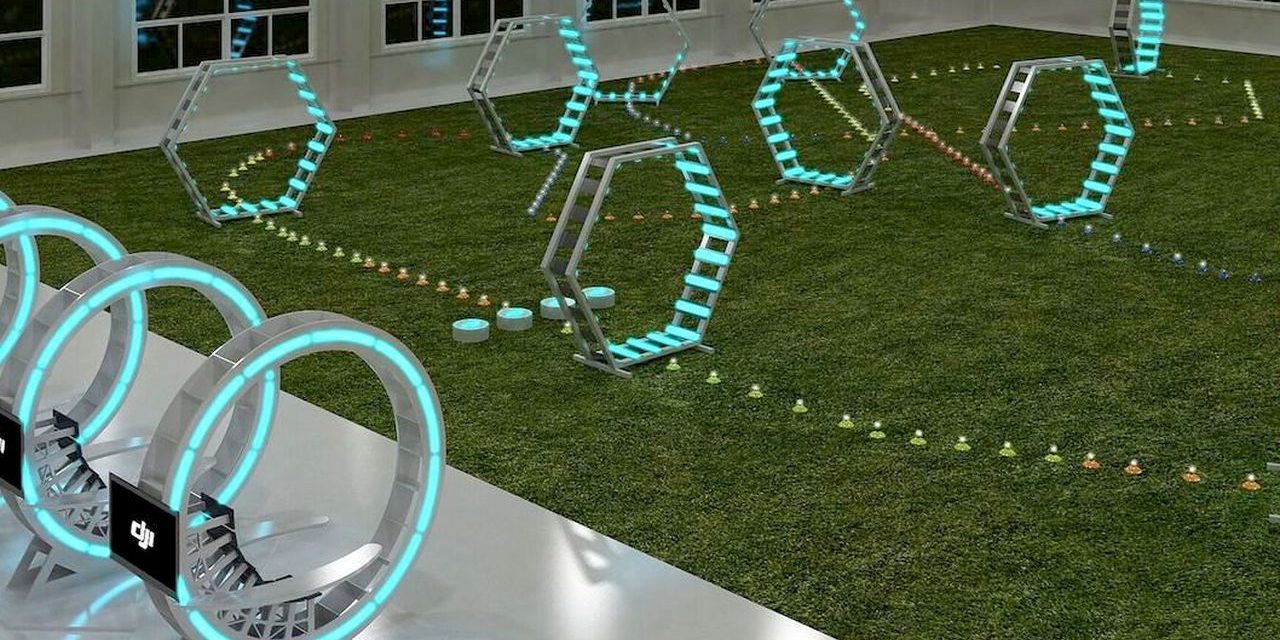 DJI is opening an indoor drone arena for first-time fliers and professionals alike
Drone maker DJI said this week it’s opening a drone arena in Yongin, South Korea, later this month. The 1,395-square-metre venue will be kitted out with an LED-lit racing circuit, maintenance workstations, safety nets and a screen giving flyers a first-person view from their drone.
The DJI Arena is designed to both give those new to drones a chance at learning the aerial ropes and to give more experienced drone pilots a place to stretch their wings. Moon Tae-hyun, DJI’s manager in South Korea, said the company wants to make drones “more accessible and easier to learn,” and that the venue will be available to individual and group bookings.
You can read about it here.

Facebook Starts Rolling Out Shop and Service Sections to Pages
The Shop section provides businesses with a new way to prominently display the products they are selling on their Page. It allows people to easily discover, browse and make offers to purchase products through messaging from the businesses they care about, Facebook said in a statement.
The Services section allows service businesses to showcase a list of their offerings on their Page.
“With the Shops and Services sections on Pages, businesses around the world can help people discover the products and services they care about in a more visually appealing way,” said Adrian Nam, a product marketing manager at Facebook.
More info here.

Smanos has unveiled its new UFO Panoramic Wi-Fi HD Camera.
It’s a security camera that captures a 180-degree or 360-degree view of your home’s interior so that the only thing that goes unidentified in your household is … well, the camera itself.
It comes fully armed with an HD fisheye lens, night vision, and motion detection mechanisms, and can either be paired with an existing Smanos Wi-Fi security system, or operate entirely on its own. If you mount this guy on a wall, you’ll be privy to a 180-degree field of view, and if you place it on your ceiling, you’ll get a full 360-degree look at the goings-on of your home.
You can read more here.

Nvidia Titan X is pricey but offers incredible performance
The Titan X packs 3,584 cores, 224 texture units, and 96 ROPS, with a base clock of 1417MHz and a boost clock of 1531MHz. That’s 40% more cores and texture units than the GTX 1080 and 50% more ROPs, though these gains are offset by decreased clock speeds, which are roughly 12% lower than the GTX 1080. The Nvidia Titan X is absolutely the fastest and most powerful GPU on the market, but at $1,200, it’s not any kind of deal. Its price/performance ratio is poor by any measure.
More info are available here.

Bitfinex disables trading on exchange after hack
Hong Kong-based digital currency exchange Bitfinex said that after a security breach on its website it will temporarily disable trading, deposits and withdrawals. Bitfinex also said it was working to restore limited service to its trading platform. The firm runs one of the largest exchanges for trading bitcoin and other digital currencies such as ether, and litecoin. The theft at Bitfinex is the second largest bitcoin heist from an exchange since Tokyo’s MtGox lost about $350 million bitcoins in early 2014. MtGox’s loss eventually forced it to file for bankruptcy protection.
You can read about it here.

A mobile device’s battery status can be used to track your online activity
Cookies and malware aren’t the only things that can track our internet activities. More advanced methods, such as browser fingerprinting techniques and high-frequency sounds, are being used to monitor our online behavior covertly.
Now, researchers have found that even your device’s battery levels can enable tracking online. The system works using HTML5’s battery status API, which lets website developers see how much battery life a device has remaining, the time it will take to discharge, and how long it will take to charge. As there are 14 million different combinations of battery life as a percentage and the number of seconds left before it runs out, and this semi-unique identifier can be used to track devices across websites with fairly good certainty.
More info can be found here and here.

Pepper the robot has arrived in USA
Pepper’s resume is already packed with an impressive list of multinationals in both Japan and Asia, but now the robot is ready to meet and greet in English, specifically in San Francisco, where it’ll be working inside tech retailer b8ta’s flagship store. It’ll only be there a week, so it’s best to think of it as a kind of overseas work experience for the wee robot. The internship starts August 11th, and will involve Pepper greeting and guiding customers, presumably alongside awkward banter and robotic arm flourishes.
You can see an interview with the cute robot here.