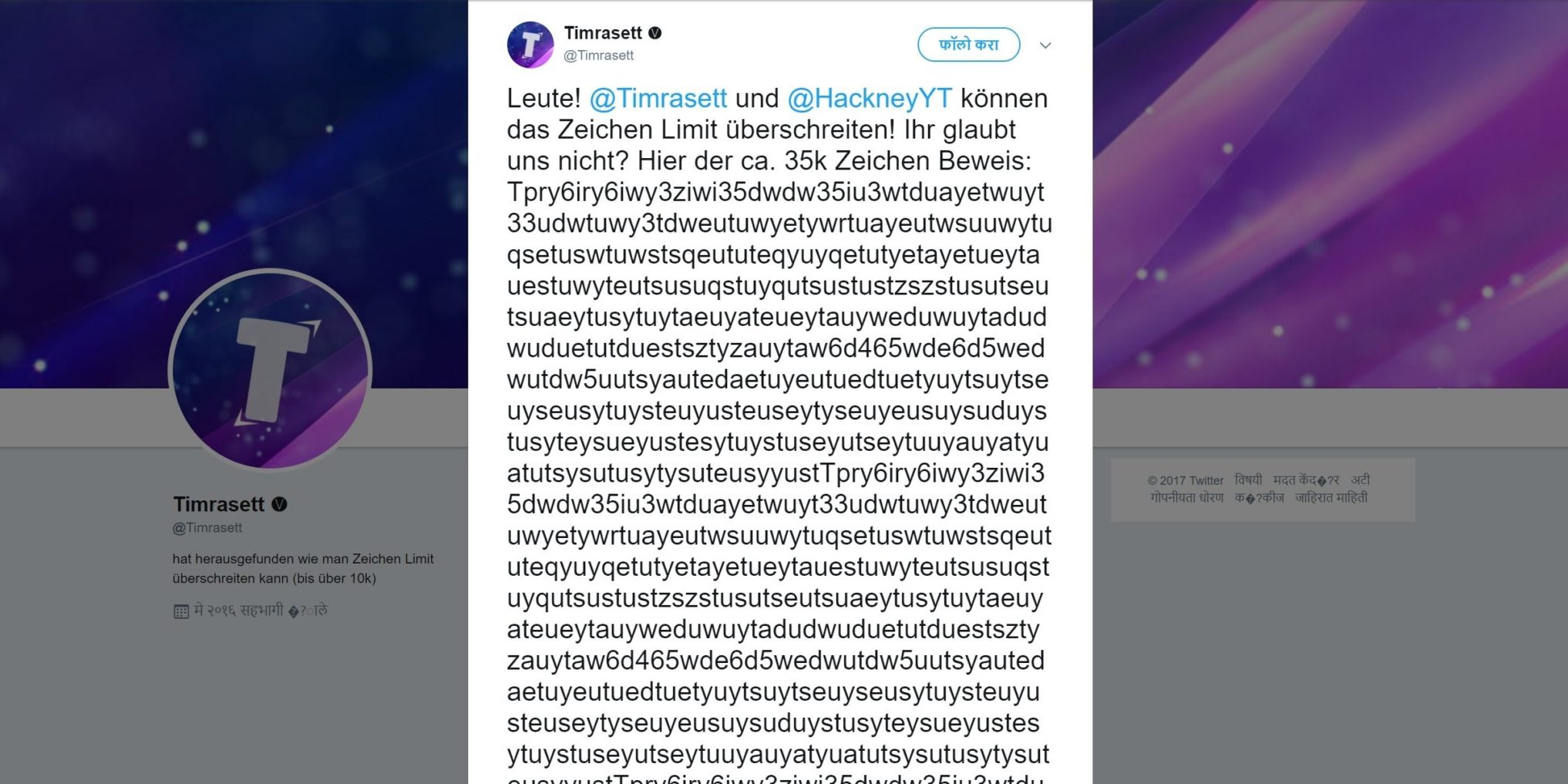 Two German users found a loophole in Twitter’s systems and posted a 35,000-character tweet by formatting part of the post as a URL. The tweet was in German, but roughly translates into this: “People! @Timrasett and @HackneyRT can exceed the character limit! You do not believe us? Here’s about 35K characters proof.” The tweet was then followed by a long string of characters formatted as a 27,024 character domain name followed by a 3,244 character directory name with a “.cc/“ in between.
You can read more here.

Samsung has to pay $120 million in damages to Apple for infringing on two patents: the slide-to-unlock gesture and the quick links patent, which turns addresses and phone numbers into interactive links. The final amount is a fraction of the $2 billion Apple’s lawyers demanded during the trial. Although this particular battle is concluded, the lengthy patent war between the two companies is far from ending.
More info are available here.

OnePlus 5T will have a 6.01-inch Full HD+ display, Qualcomm Snapdragon 835 octa-core processor and a 20MP front camera. It will come with a dual primary camera with a 20MP sensor and a 16MP sensor.
More info here.

The phone will have a a 5.99-inch display, Kirin 970 processor, 6GB of RAM and either 64GB or 128GB of internal storage. It will come with dual rear camera consisting of a 16MP main sensor and a 2MP secondary sensor.
More info here.

AMD explains that it has “designed a semi-custom graphics processor unit (GPU) that will be integrated into a new Intel multi-chip processor package. The new product, designed by Intel, integrates an Intel Core processor, semi-custom Radeon graphics chip, and second generation High Bandwidth Memory (HBM2) into a single package”.
You can read more here.

The phone has Android 4.2, it weighs 38 grams and it is capable of calling, texting, voice recording, playing audio files and connecting to Bluetooth accessories. The NichePhone-S will be launced in Japan on November 10th with a price of $95.
You can read more here.