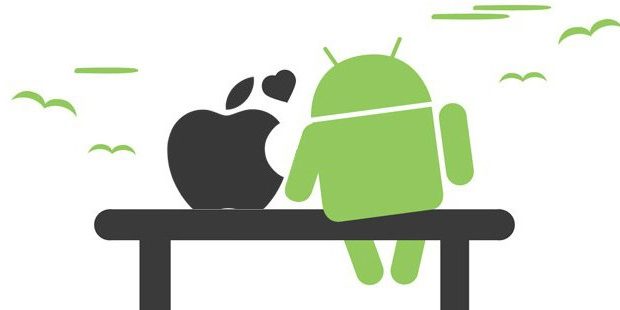 The iPhone case that allows you to run Android
Developer Nick Leep spent some 45 hours building a case that got around some of the technical limitations of the iPhone that prevented developers from running third-party code. Specifically, the language in the developer guidelines that rejects snippets forcing apps to install or launch executable code.
Lee’s case is a plug and play solution that allows iPhone owners to run Android, mostly due to its open source nature and relative ease in working with new hardware.
More about how you can run Android Marshmallow on the iPhone here.

Google Motion Stills can turn your Live Photos into GIFs
The app, Motion Stills, stabilizes the camera movement of a Live Photo for a steadier shot with less visible shakiness. Once downloaded, the app doesn’t need internet access to work, just access to your iPhone’s photos. Motion Stills also allows you to create steady GIFs that can be shared via text message, social media, Slack, and short movies by stitching together clips.
More about the free iOS app that converts your iPhone’s Live Photos into easily sharable animated GIFs here.

Samsung is prepping phones with bendable displays for 2017
Samsung is considering introducing two new smartphone models with bendable OLED screens. The report is very light on details but presumably one of the phones will feature a folding clamshell design described as being like a cosmetic compact, and the other will have a 5-inch screen that unfurls into an 8-inch tablet.
If we hear more about this rumour, we’ll be sure to update you, but for now, you can read more about this subject here.

New NVIDIA game ready drivers released
Nvidia’s GeForce GTX 1070 graphics card hits the market on Friday, and what better way to back that new product up on launch day than to release supporting drivers just several days prior.
You can read about GTX 1070, Mirror’s Edge Catalyst, and more here.

Opera’s battery-saving web browser
The company has released what it says is the first major desktop browser with a power-saving mode. In Opera’s tests, that gets you about 3 hours of extra surfing on a Windows 10 laptop (a Lenovo ThinkPad X250 with a Core i7 and 16GB of RAM) when compared to both earlier versions of Opera and Google Chrome.
We got the news from here.

EA’s E3 2016 announcements about games coming in 2017 and 2018
EA’s E3 event, which is called EA Play is taking place in Los Angeles and London, and will show off “some of EA’s most anticipated games launching later this year and next, with a few surprises from games beyond that”.
More about this can be found here.