Environmentally friendly software programming – This is the real next big thing 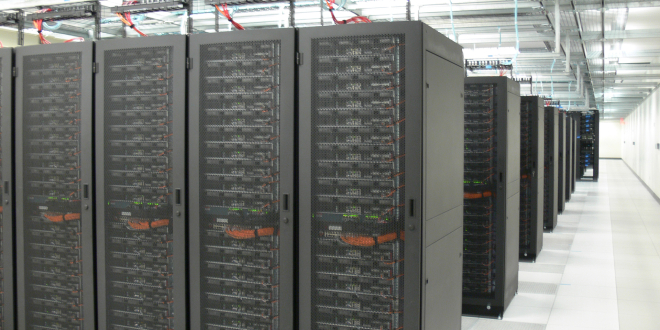 The “energy footprint” maps energy use and carbon emissions from supply to end use. Billions of frequently charged smartphones, tablets and smart watches, computers or power-craving server farms make up for a very important energy footprint in the global energy consumption.

In an October 2015 article, Jean-Marc Pierson and Laurent Lefèvre, members of the French National Center for Scientific Research (CNRS) wrote:

“[…] In 2015, the global pool of data will reach 8 zettabytes (1021 bytes). Colossal infrastructure is therefore already necessary to store this avalanche of data, not to mention that needed to process it. Data analysis, resulting from environmental observations, scientific experiments or marketing data, requires very powerful calculation methods, concentrated in large centers and supercomputers. […] In the usage phase, the essential elements of Big Data can be divided into three categories: terminal equipment, networks, and data centers that each consume similar amounts of electrical power, on the order of 40 gigawatts in 2013, which is equivalent of about forty nuclear units. […]”

Combine this with what’s been known for a while in the United States. An article from June 2015 on the US Natural Resources Defence Council website read:

“In 2013, U.S. data centers consumed an estimated 91 billion kilowatt-hours of electricity — enough electricity to power all the households in New York City twice over — and are on-track to reach 140 billionkilowatt-hours by 2020.”

Right now Big Data is the modern El Dorado. Just think of the future we project for ourselves, with driverless cars, IoT, connected devices in fields ranging from agriculture to medicine. All of this will require even more datacentres. And right now, the Datacentre industry produces more emissions than the Aviation industry (The Guardian), which is tightly regulated.

It’s no wonder that regulations are expected to be imposed. What are the repercussions going to be remains to be seen, but they’ll surely come as a shock.

What is the industry trying to do about it?

The vast majority of companies that operate datacentres basically have no idea what’s their environmental impact. From a number of 150 such companies in the UK, France and Germany, 43% admitted not having an energy efficiency strategy in place for their datacentres, and 71% said they are not able to “entirely quantify” their environmental effects. (ComputerWeekly.com)

Some of the key players on the market are trying to do something about it. Recently, Microsoft revealed trials to build underwater datacetres. They say it will virtually eliminate the need for expensive cooling systems and could be paired with hydroelectric power systems. This is still very much a project at an incipient stage, though.

Microsoft built a 10ft by 7ft prototype facility which was initially sited one kilometre off the Pacific coast of the US between August and November 2015. They are now analyzing the data obtained and plan to trial a somewhat larger version of the facility in 2017 at earliest.

But what about programmers? Can they make a difference?

An EU research project was launched in October 2012, named ENTRA . It was at about the same time (September 2012) when the New York Times first tackled the issue of datacentres wasting vast amounts of energy. The ENTRA project focused on developing tools to help software engineers to create energy-efficient code. They predicted this could reduce electricity consumption at data centres by up to 50% and improve battery life in smart devices.

To answer the question “Can programmers make a difference”, I’ll leave you to read the ENTRA project’s coordinator, John Patrick Gallagher’s blog post. Here’s just a sneak peek, though:

“[…] The problem is that it’s not a simple matter to look at the code for two smartphone apps and understand which one will drain the battery faster. Very few programmers have an idea of how much power their programs dissipate or which parts of a program are energy hotspots. It might also be different from one phone to another. That raises the question “can programmers be trained to write energy-efficient programs?” […] Energy-aware software engineering is a challenging goal, but it is not a contradiction. Even an approximate energy profile for a high-level design of a system can help take decisions that reduce power consumption later […]”.

This is an official EU project which, strangely enough, hasn’t received significant exposure. On the other hand, it’s becoming clear that environmentally friendly computer programming is a matter of certainty in the foreseeable future.

Once industry regulations kick in, the cost of Big Data will increase significantly enough so it will become a matter of cost control. The time will come for the IT&C companies themselves to look into employing means to reduce costs with Big Data.

Having private companies investing in this kind of research will prove to be highly beneficial not only for the consumers but for the environment and our global society as a whole. And as for programmers and IT professionals in general, having the ability to understand this concept, implement it and finally write more efficient code will undoubtedly be a great skill to have.

Energy-aware software programming and engineering is not that far from becoming a reality. For now, it’s the next big thing.